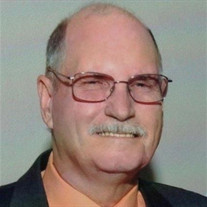 LYONS, CHARLES HONORE (05/12/1937-02/10/2017) Charles Honore Lyons, 79, the son of the late Elizabeth Gautier Lyons Green and William Milfort Lyons, Sr. He and his wife, Nancy D. Owings were married in 1963. In 1954, he joined the National Guard and a year later joined the United States Navy. He served on the USS New Jersey BB-62 as well as the USS Davis DD-937. He was very proud to serve his country and continued his service as Chaplain of the Fleet Reserve Association in New Orleans. He was a member of the New Orleans Police Department, Plaquemines Parish Sheriff’s Department and Reserve Officer with the Kenner Police Department. He also served as a Chaplain of the Jefferson Parish Sheriff’s Department. He was a member of the American Welding Society and the American Society of Non-Destructive Testing. He graduated from West Jefferson High School and received his associate degree from the Christian Life School of Theology. In 1992, he and his wife started the Heart to Heart Ministry where they ministered to many individuals in need of inner healing and deliverance. He was a hard working, devoted, and loving husband, father and grandfather. He was an avid fan of the New Orleans Saints and the Dallas Cowboys. He had an unforgettable sense of humor. He left a lasting impression on every person blessed to know him. He will be greatly missed. He is preceded in death by both of his parents and his sister, Glenda Farmer Gurtner, and his adopted sister, Yvonne “Kathy” Lyons. He is survived by his wife and daughters Lynda Lyons Huffman (husband, Jeff) of Luling, and Suzanne Lyons Cunningham (husband, Max) of Forestburg, Texas; his grandchildren, Cody Cunningham of Jackson, Tennessee and John Ales III of Baton Rouge, his brother William M. Lyons Jr. (wife, Beverly) of Lockport, along with many nieces and nephews. Family and friends will gather at Grace Christian Outreach of New Orleans (Old Metairie Protestant Church) 1301 Metairie Road, Metairie, Louisiana 70003 on Saturday, March 4, 2017 at 11:00 a.m. for a visitation time followed by a Memorial Service to begin at 12:00 p.m. Arrangements by Millet-Guidry Funeral Home.

The family of Charles Honore Lyons created this Life Tributes page to make it easy to share your memories.