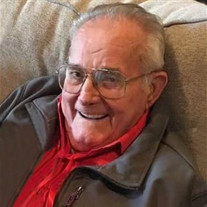 Paul Melvin Roussel, Sr. passed away on Tuesday, November 12, 2019. He was 88, and a resident of Reserve, LA. He proudly served his country in the U. S. Marine Corps during the Korean War. He was a carpenter all of his life, working at Godchaux... View Obituary & Service Information

The family of Paul Melvin Roussel Sr. created this Life Tributes page to make it easy to share your memories.