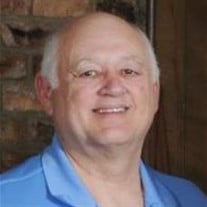 Terry Labat passed away on Friday, June 15, 2018 at the age of 68. He was born in Baton Rouge and was a life-long resident of LaPlace. Beloved husband of Trudy Haydel Labat. Father of Joseph Labat (Rebecca), Rachel Meyers (Justin), Jude Labat (Renee), Elizabeth Kurian (Manoj), Stacie Labat, Michael Labat, Philomena Hunt (Scott) and the late Rebecca Tassara (Michael, Jr.), Joan, Claire, John, and Marie Jeanne. Son of Geraldine Bleakley Labat and the late Arnold J. Labat. Brother of Stephanie Morris (the late Paul), Mary Jo D’Amico (Anthony), Richard Labat (Elsie), Jill Vicknair (Darren), Toni Ruiz (Todd) and Hollie Faucheux (Lenny). Also survived by 12 grandchildren and numerous nieces and nephews. He graduated from Jesuit High School in 1968. During his time there he displayed a love of athletics as a state champion gymnast and co-captain of Jesuit Gymnastics Team. He continued his gymnastics through college at USL as well as being a cheerleader and graduated with degree in Health, Physical and Safety Education in 1973. From the time of his youth Terry was involved heavily in his community, serving in organizations such as Boy Scouts, Rotary Club, Knights of Columbus, and Lion’s Club. He served as sacristan of St. Joan of Arc Church for many years as well as serving in many capacities at Ascension of Our Lord. Most recently he has spent the last 12 years serving as Treasurer of St. John Ministry of Care. As a 16 year old, he received the rank of Eagle Scout and during his time in the Lion’s Club and the Knights of Columbus he was awarded Lion of the Year in 2002 and Knight of the Month multiple times. He also received the RSVP Award for Most Volunteer Hours in St. John Parish for seven years in a row. Relatives and friends are invited to attend the Funeral Mass at Ascension of Our Lord Catholic Church, 1900 Greenwood Dr., LaPlace, LA on Wednesday, June 20, 2018 at 11:00 a.m. Visitation from 9:00 a.m. until 11:00 a.m. Interment in St. John Memorial Gardens. Arrangements by Millet-Guidry Funeral Home. To view or sign the online guest book, please visit www.milletguidry.com

Terry Labat passed away on Friday, June 15, 2018 at the age of 68. He was born in Baton Rouge and was a life-long resident of LaPlace. Beloved husband of Trudy Haydel Labat. Father of Joseph Labat (Rebecca), Rachel Meyers (Justin), Jude Labat... View Obituary & Service Information

The family of Terry Paul Labat created this Life Tributes page to make it easy to share your memories.